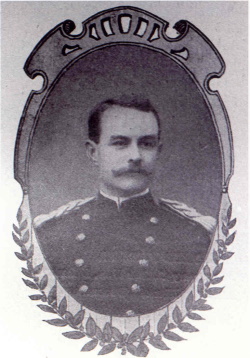 He entered service at Fort D.A. Russell, Laramie County, Wyoming. Roberts graduated from the U.S. Military Academy at West Point in 1897. Second Lieutenant Roberts served in Company C, 17th U.S. Infantry during the Spanish-American War. During the Battle of El Caney, Cuba on June 21, 1898, he earned the Medal of Honor.

He later took part in the Siege of Santiago, Cuba a few days later. He later served during the Philippine-American War and then was stationed in the Panama Canal Zone with the 1st Infantry Division. Colonel Roberts embarked for France in August 1918 with the 81st Division. The Division saw limited action in preparation for the Meuse-Argonne Offensive in October/November before the Armistice with Germany. Roberts was promoted to Brigadier General in February 1929 and assumed command of the 19th Infantry Brigade in the Panama Canal Zone until April 1931.

Continued service in a number of command positions and completed his career as Commanding General, Washington Military District and retired as a Brigadier General on June 30, 1937.

Brigadier General Roberts died on October 24, 1966 in Silver Springs, Maryland. He was buried in Arlington National Cemetery in Arlington, Virginia.