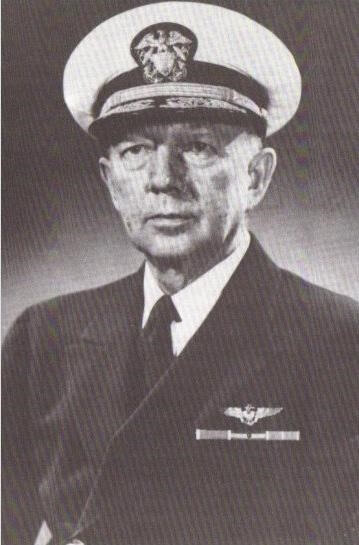 Donald Duncan was an admiral in the United States Navy, who played an important role in aircraft-carrier operations during World War II.

Duncan graduated from the United States Naval Academy in 1917, and was assigned to the U.S.S. Oklahoma (BB-37). He received a master's degree in radio engineering from Harvard University in 1925.

In 1941, he was the first commander of the U.S.S. Long Island, the Navy's first escort aircraft carrier.

As the air operations officer to Admiral Ernest J. King, Duncan assisted with the planning for the Doolittle Raid, and was the one who proposed the use of both the B-25 Mitchell bombers and the Hornet (CV-8) for the raid. He was then appointed to be the first commanding officer of the aircraft carrier U.S.S. Essex (CV-9).

Duncan held several important staff and operational positions following the war. He served as Deputy Chief of Naval Operations (Air) from March 6, 1947 to January 20, 1948. He commanded the 2nd Task Fleet after 1948, and was the Vice Chief of Naval Operations from 1951 to 1956. Duncan’s awards include the Legion of Merit, the Navy Presidential Unit Citation with one bronze service star and the Order of the British Empire, Military Division.

Following his retirement from the navy on March 1, 1957, he served as Governor of the Naval Home until May 1962. He died on 8 September 1975. In his honor the fourth of the U.S. Naval ships bearing the name of Duncan was named.

The USS Duncan was the fourth ship of the Oliver Hazard Perry-class of guided-missile frigates, and was named for Vice Admiral Donald B. Duncan (1896–1975).

The Duncan entered service with the Pacific fleet and in December 1982, Duncan developed a 40 feet fissure in her superstructure during a storm. It was a class design deficiency that occurred on other frigates.

The Duncan and her crew were awarded the Battle Effectiveness Award five times for 18-month time periods from July 1981 to June 1983 and July 1986 to December 1990.

In January 1984, the Duncan was transferred to the United States Navy Reserve Fleet and Selected Reserve (SELRES) members provided for a portion of the ship's manning.

The Duncan participated in Port of Hueneme Harbor Days in October 1992 and in March 1993, sailors aboard Duncan rescued four fishermen from Ecuador who were stranded on their disabled fishing boat in the Pacific Ocean. The Duncan towed their boat to safety in Manta, Ecuador. Duncan and her crew were nominated for the Humanitarian Service Medal in March 1993, but no unit award was given.

Unlike her predecessors, this Duncan is not remembered for her honorable service but for an incident when she participated in Sitka, Alaska's 125th anniversary Alaska Day celebration, 18 October 1992. The port visit became notorious following allegations of sexual misconduct with minors by crew members and the event's relative proximity to the Tailhook scandal and subsequent investigation.

After Duncan was decommissioned, the story re-appeared in national media in 1996, following investigative reporting by the Dayton Daily News' Russell Carollo, due to complaints that the Navy didn't adequately punish the sailors involved. A grand jury in Sitka indicted two Duncan sailors on sexual assault charges, but the cases were dismissed in January 1997 due to prosecutorial delay and the Judge's determination that the two had already been tried by the Navy.

The U.S.S. Duncan was decommissioned on 17 December 1994 and stricken on 5 January 1998; Duncan was sold to Turkey on 5 April 1999 for use as a parts hulk. She was the first Perry frigate to be decommissioned, having been commissioned for just 14.6 years. At the time, the Soviet Union had recently collapsed and Duncan was one of the oldest, unmodified, short hulled frigates in the fleet. She lacked some of the options others in her class had been modified with. For example, as a short hull ship, she did not have SH-60 Seahawk capability and a RAST to haul down the helicopter and transport it into the hangar. She also lacked a towed array sonar (TACTAS) and the MK-92 COherent Receiver Transmitter (CORT) modification.