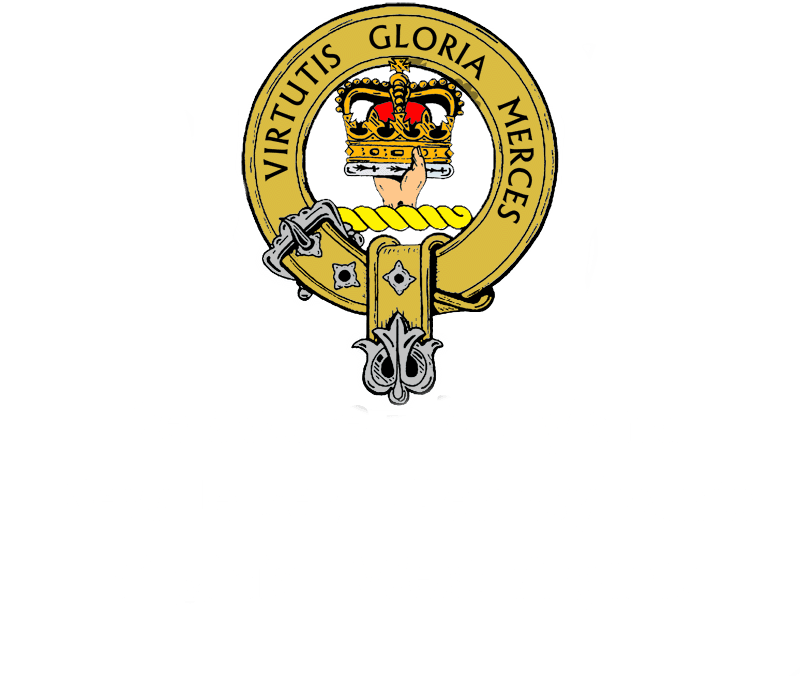 Clan Donnachaidh Society, of the Mid-Atlantic

Clan Donnachaidh (Children of Duncan) - Duncan, Reid, Robertson and Septs of those Clans

Membership in the Society shall be open to Clansmen and Clanswomen bearing the names of Duncan and Robertson, and the names of the accepted Septs of the Clan, namely:- Duncanson, MacConachie, MacDonachie, Donachie, Dunnachie, Tonnachy, MacRobert, Collier, Colyear, Inches, Reid, Roy, Roberts, Macinroy, MacIvor, Maclagan, Stark, MacRobie or variations in the spelling of these names, and others who claim to be of the Clan.

Ladies bearing the name, either by Parentage or Marriage, and all lineal descendants in the female line, whether male or female, and Husbands of Lady Members may become Members also. 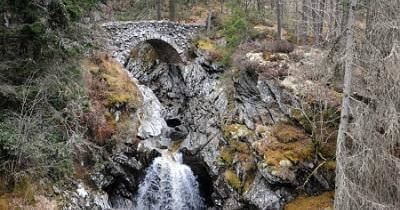 The Clan Motto translates to 'Glory is the reward of valour'.

ARTICLES FROM OUR MEMBERS 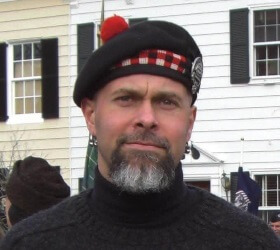 The Clan DNA project is administered by familytreedna.com. After many years of considering sending a sample, this spring I did so. The sample must be given by a person with a clan surname. If you are like me and are a Donnachaidh through your mother, then you must get a sample from a male relative – in my case, my maternal (Duncan) uncle.

You can test from 12 up to 111 markers. 12 will give you the most general of your matches. The higher the number you test, the better idea you get of your close matches. I’m now up to 67 markers. The next would be 111. It is suggested that, if you wish find true relatives, to go with at least 37, which is where I started. The sample is very easy to get. They send you a kit in the mail, then you rub swabs on the inside of the mouth, drop the swabs in the mail, and await your results. If you’re like me, you check the website every day, even though you will be sent an email when your results post.

So what did I find out? I was grouped in m222. This was discovered several years ago. At first it was suggested that people with these markers were all from the famous Irish King Niall of the Nine Hostages. That is no longer thought to be true, though some with these markers likely are. The m222 project, to which I belong, consider it northern Irish/southern Scotland. At this time, they can’t determine if it started in Ireland or Scotland. From a Clan perspective, Crinan, the father of King Duncan, was lay abbot of Dunkeld, and was therefore likely of the kindred of St. Columba. And Columba was kin to Niall.

At twelve markers, most of my matches were indeed from Ireland. However, once you get up to 37 markers and higher, you find your true matches. At 67 markers, I have close matches with three Duncan’s. The first has the family line back to 1691 in East Lothian, Scotland. The markers came back 25/25, 36/37, and 64/67. They have something called the tip calculator; using this gives you an idea of when you and your matches shared a common ancestor. For this match, at twelve generations back, they say there’s an 83% chance we share a common ancestor. The numbers gets higher the further you go back: at twenty generations, it’s 99%. Each marker has a different value when considering the match. There’s another Duncan I’m at 63/67 with, but for this match at twelve generaons it’s 89% we have a common ancestor, and at sixteen generaons it’s 98%. Lastly, there’s another Duncan I match with. This match also goes back to East Lothian. This match is 61/67. At twelve generations, this match is 74%. I have matches with other surnames as well at 67 markers. Most of these are found in southwest Scotland. It should be noted that, if you send a sample, you are at the mercy of whoever else sent samples. It is possible you won’t have close matches.

To say I’m pleased with my results would be an understatement. I’d given up on finding my link to Scotland, as I couldn’t make the paper trail back. But now with modern science, I’ve been able to find my genetic link to Scotland. Anyone who sends a sample and would like to compare to mine, I’m in Duncan subgroup E genetically linked to Scotland. I would encourage all to send a sample if you can. The more samples collected, the more links will be found with our cousins in Scotland, and how we are connected.

Adaman Of Dull, by Jim Fargo 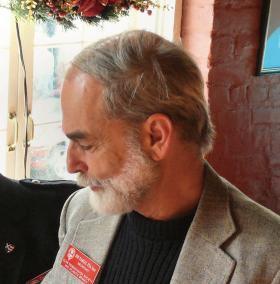 Adamnan was the eighth abbot of Iona and a blood relation of Saint Columba as were the abbots before him. He was expelled from Iona by his monks because he yielded to the Roman church on the tonsure, the dating of Easter and other differences which had been decided at the synod at Witebia in Northumbria in 664AD. According to tradition, Adamnan (also known as Eonan) and eleven other monks left Iona and went east as missionaries to Christianize the rest of Alba. Adamnan settled at the north end of Loch Tay in Glenlyon. Adamnan brought Christianity to the area by establishing a settlement and chapel called “Brennudh” near the bridge of Balgie near Fortingall. The chapel was built near the only Pictish stone circle in Glenlyon which was a sacred site to the local population. Adamnan had a mill built on the stream of the neighboring sideglen at Milton Eonan (Eonan’s mill) to better the people’s living conditions. Another monk, Fillan, settled at the southern end of Loch Tay and also founded a chapel at Struan where the clan kirk now stands. Both men later became saints of the Columban church.

The rock on which Adamnan preached and prayed to avert a plague is known as “Craigdianaidh” or the “rock of safety”. In later days, neighboring chiefs would meet on this rock for judicial decisions and other purposes and do so in complete safety. It was here that a meeting between the chief of the MacIvors and the Stewarts of Garth occurred in 1476. The meeting degenerated into a battle and the MacIvors were defeated and many of the survivors ﬂed north across the mountains to seek protection from our chief and became part of clan Donnachaidh.

When Adamnan was dying, the people assembled to receive his blessing, and asked where he wished to be buried. He requested that they should carry his corpse down the water until the rings of withs or “duls” that attached the handspikes to his bier broke. There they buried him in 704 AD and named the place Dull. This burial site is said to be where the ﬁrst Christian church in the area was built and looks south onto the River Tay as it ﬂows into Loch Tay. The original chapel, schools and other buildings were dedicated to St. Adamnan and the lands around Dull are still called Appin (abbeylands) of Dull. When Kenneth McAlpine became king in 848 AD, he moved the college to his capital at Dunkeld.

The Abthania (abbeylands) of Dull was part of the territory held by Crinan (father of King Duncan) as both the abbot of Dunkeld and as the secular leader of the area. Just south of Fortingall is the former Robertson barony of Fearnan which is located on the north eastern shore of Loch Tay. The chapel was replaced with a monastery of the Tironesian order in the 12th century. It was transferred from the Dunkeld diocese to St. Andrews in 1411.

The Clan Society in conjunction with the Breadalbane Heritage Society did an excavation in the Dull Parish Church in 200203 prior to the construction of a new ﬂoor within the building. The third and ﬁnal excavation in June 2003 extended the earlier trial trenches and recover a fragment of an inscribed cross with an inscription that may date to the 8th century. The form of the lettering and Columban shape of the incised cross are all features connecting this slab with the historical and place name evidence of a Columban monastery. A story board about the excavation is located in the Clan Museum at Bruar.

Clan tradition says that this church site is the burial place of Duncan, the ﬁrst chief of Clan Donnachaidh, who died around 1355. The story goes that Duncan had been mortally wounded by one of his servants while visiting the King at Scone to get new charters for his lands. Dying on the way home, his men carried him to Dull, where they were met by his eldest son Robert, our second chief. Robert had his father buried there and returned home with the new charters.

Newsletters from the Mid-Atlantic Branch of the Clan Donnachaidh Society.

Send Mail to all Officers 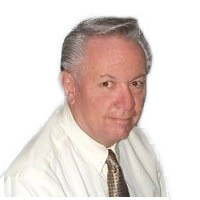 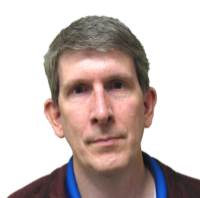 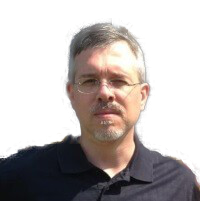 *Clan Tent at Games marked with an (*) asterisk

The Clan Society and Branches

The Clan Donnachaidh website has been created to keep members and friends around the world informed about Clan programs, events and items of general interest.

A Guide to Scottish Tartans (suggested by Cora Miller)

Tartan kilts are one of the first things that come to mind when people think of Scotland. These iconic patterns and skirt-like fashions have influenced clothing all over the world.

The 1st Marquis of Montrose Society was formed in 1995 and was the inspiration of Alan Macpherson Yr. of Cluny. A passionate and informative follower of Montrose for many years Alan recognised that, despite being one of Scotland's most noble and militarily gifted leaders, the fascinating exploits of James Graham the 1st Marquis.

Several articles about the Highlands and the Clan system

Scotland's history can be characterised as fierce, beautiful, and tragic. This gorgeous country has inspired an intellectual movement, influenced culture worldwide, and undertaken a plight of preservation and purity. The Tartan Clans are a notable hallmark of Scotland. Tartan Clans, named because of their patterned garb, were Scottish soldiers who fought in the 19th Century. The Scottish Tartan Clans have endured for centuries.

The Heraldry Society of Scotland was founded in 1977 with the objective of promoting the study of heraldry and encouraging its correct use in Scotland and Overseas. The Society encourages people to join whether they have their own arms, intend to procure arms, or have a general interest in Scottish Heraldry.

Undoubtedly the most important project created during the past few years is the Clan Donnachaidh DNA Surname Project. Everyone at some time or another has wondered about his or her origins, but until recently family history research relied on oral tradition and written records, both usually in short supply.

Robertson, Reid, Duncan, Donachie, Donnachie, McConnachie, Stark, Dobbins and 44 other are among the list of Clan Donnachaidh surnames. Donnachaidh (Donachad) translates from the Gaelic as 'Children of Duncan'. For the full history of Clan Donnachaidh visit us at our project website. All participants will be included in the ongoing studies and by joining the project.

History and Use of Bagpipes in Theater & Dance

Known for their unique and distinctive sound, bagpipes are identified with European cultures such as those of Ireland and Scotland, but the true origin of the instrument remains unknown. Some historians believe the instrument dates back to the first century B.C.

Clan Donnachaidh Societies in the United States of America